Although it’s been over 30 years since the Berlin Wall fell, hints of the cold war era can even now be seen and felt throughout the city. GDR-time design and framework is still strewn over the previous east sector of Berlin, from the streetlights and Plattenbauten skyscraper, and the previous Geisterbahnhöfe – the metro “phantom stations” that were shut during the time of division.

At that point there are the demographic divisions. There’s an explanation the Turkish community – and the best kebabs – can be found in previous West Berlin, for example, Neukölln, Kreuzberg and Wedding, while previous eastern regions, as Lichtenberg and Marzahn, are known for their Vietnamese restaurants. It is on the grounds that Gastarbeiter (visitor laborer) projects of the 1950s-70s saw West Germany draft in laborers from Turkey (among different nations), while the GDR’s identical program drew on overseas specialists from socialist nations associated to the Soviet Union, for example, Vietnam. 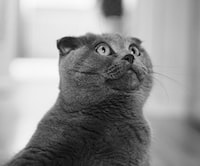 Every 5 years there is a commemoration to celebrate the fall of the Wall, however as time passes the history of the divide escapes. This year is the 30th commemoration on the 9th of November since the Wall will have been down longer than the 28 years it stood. Between the 4th and 11th of November, the city will have in excess of 200 events to “celebrate and recall”, including movies and documentaries, photograph displays and shows (including an appearance from Patti Smith), museum establishments and talks – occurring at Wall-related spots, for example, the Brandenburg Gate, Alexanderplatz, and the East Side Gallery.

For those visiting outside these dates there are a lot of significant sights to see, from the outstanding East Side Gallery, official Mauermuseum and Checkpoint Charlie. For those with a more profound enthusiasm, walking or cycling the whole (or possibly part of) 160km Mauerweg (Berlin Wall Trail), which pursues its course and is studded with commemorations, stories and open air displays, is strongly suggested.